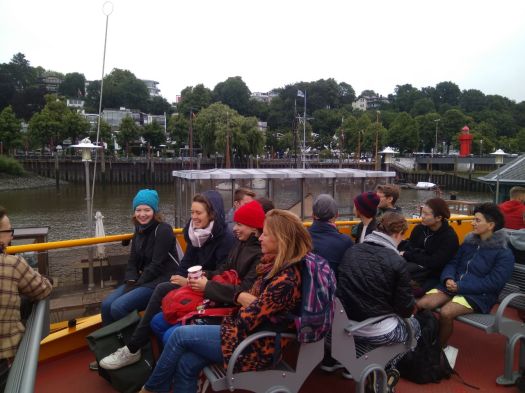 Dear E.,
I took the ferry this morning to join a walk (backwards with a little hand mirror).
Anja invited us. She discovered this practice when she was in Beijing for the first time.
Apparently many people in China are doing this, turning back the wheel of time. Imagine 15 people in a line, with some 10 meters distance in between them, doing something so ordinary in such a strange way.

I enjoyed the silent walk by the river.. later on, it got crowded and I had to navigate a lot with the mirror, each second passer-by was stopping us, made comments: This will become part of the next Olympic games.. I am also doing this but nobody told me that this is art.. Is it a new trend? Or a competition?

Most of them where just curious, wanted to understand what we’re doing there and why: It’s a training. Raising awareness, activating some muscles, we usually don’t use. And it’s supposed to slow down our neuronal activity.

Obviously, this is more than a training, it’s already an intervention. Visually, performative. Becoming human obstacles. „I imagine our bodies effecting other bodies in the city“, Verena said yesterday, when we were lying in a circle eyes closed. And it has already happened. We changed the traffic. At least a bit. Made people take care of us. When I looked at my colleagues with their tiny mirrors trying to find their way through the joggers, pedestrians, and cyclists, I got a feeling of vulnerability. But it wasn’t me my own body feeling vulnerable. I felt protected by the group. But the others.. we kind of exposed ourselves, giving up control (the gaze). Sky was cloudy and a bit grey first but we finally reached the expected 26 degrees.. as weather is doing so much to our physical conditions and mood, it cannot be a banal sujet, right?
You should stop working so much and pass by in sunny Hamburg instead.
Much love,
Heike 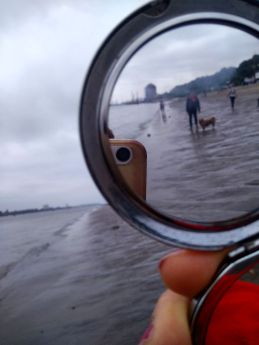 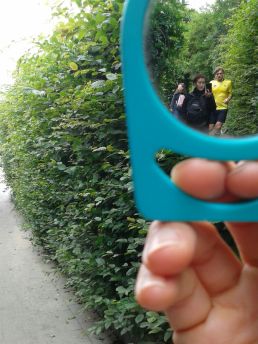 ***
Postcards from..
feels like being on holiday. Choose a person to write to, someone who is living elsewhere, abroad, far away. Tell about your experiences, excursions, daily training, and traveling. Write about the weather.
Postcards from.. is a tool for bringing tourists to Hamburg that you would really like to have in the city. 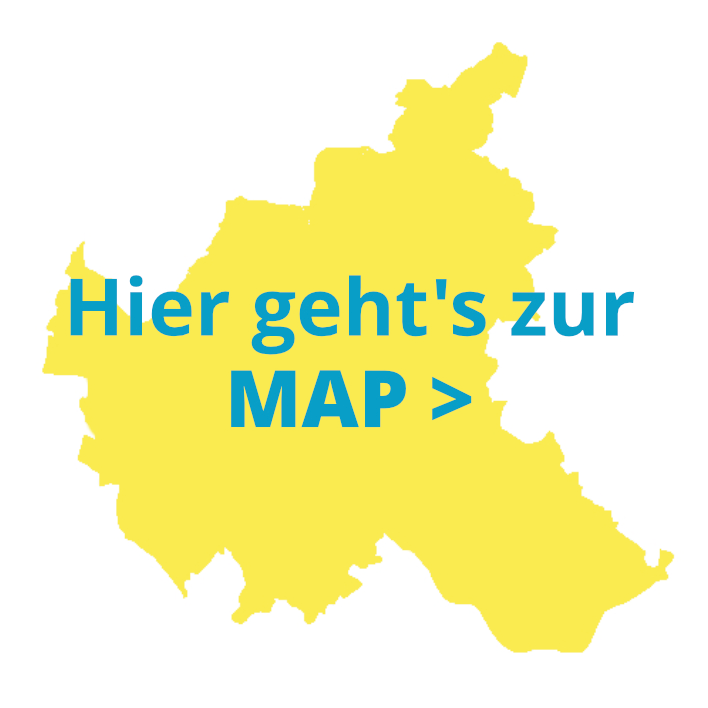 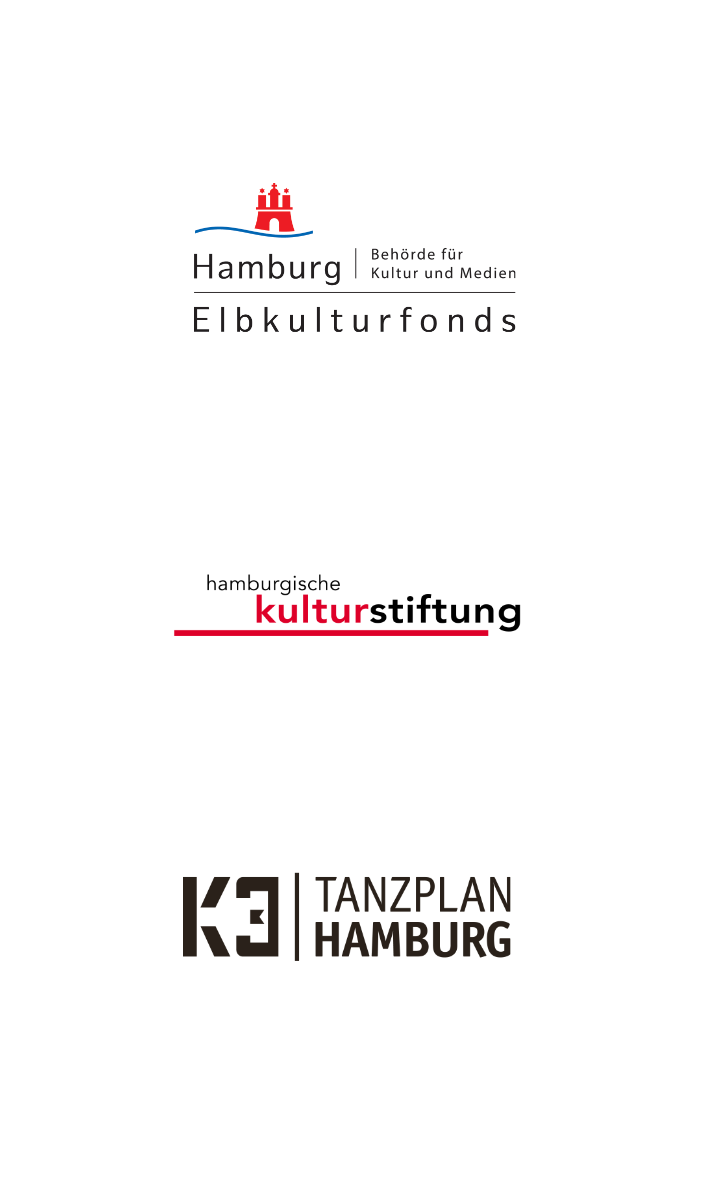